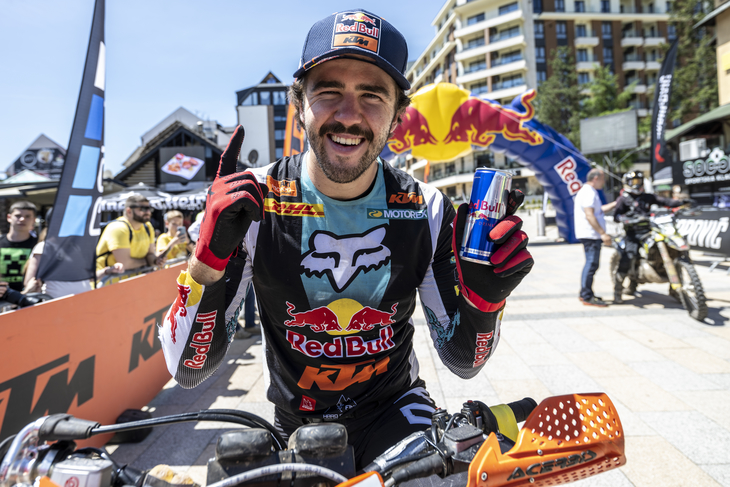 WHAT A RACE! MANUEL LETTENBICHLER IS THE XROSS CHAMPION!

The Xross Hard Enduro Rally 2022 got its champion - Manuel Lettenbichler, who dominated the last two days of the event. What an excellent comeback for Letti after an injury. In 2nd place, we had Teodor Kabakchiev, and this is his highest accomplishment in the world championship. In the 3rd place, we had the G.O.A.T of hard enduro Graham Jarvis, who took the lead in the overall title after this podium spot. What a week in Serbia, what an epic event.

One hundred fifty riders from 24 countries, including Serbia, took part in the Xross Rally's four categories - Pro, Expert, Hobby, and Amateur. The event started with the riders' parade in the center of Zlatibor and continued with the Akrapovic Straight Rhythm prologue, which was pure madness. Riders faced obstacles like huge logs, tires, concrete pipes, and containers that tested their agility properly. It was reigning champion Billy Bolt who took the win after dominating this demanding course in qualifications and final rounds that were done as 1 on 1 duel.

On the 1st off-road day, riders tackled a 100km long track that led through the wild beauty of Tara mountain, where they faced slippery rocks, super hard uphills, riverbeds, and ridges that tested the strength of riders to the maximum. One thing was clear, and the Xross is a proper extreme enduro. Teo Kabakchiev was the fastest rider on that day, but Bolt was still in the leading position because of his previous win on the Prologue.

Off-road Day 2 took riders to another 100km ride over Mokra Gora. The day started at the beautiful movie village Mecavnik - Drvengrad, a.k.a. Kustendorf, built by the famous Serbian movie director Emir Kusturica. Drvengrad often sees world-class movie stars because it is also the location of a movie festival. But it rarely sees the world-class hard enduro riders who got the opportunity to start the race from this idyllic place. But the rest of the race turned into a thriller, leaving riders on a super low energy level at the end of the day. Extreme enduro at its finest. It was Manuel Lettenbichler who came first through the finish line. He was followed by Teodor Kabakchiev and Wade Young. The race took a hard toll on a lot of other riders like Billy Bolt, Mario Roman, and Alfredo Gomez.

Yet, the rally was not over. On the 3rd off-road day, riders had around 75km of riding through Zlatibor mountain. The last day was a bit easier than the previous two, and it also took riders through some beautiful landscapes where they could enjoy riding in full gas. Once again, Mani Lettenbichler was leading to the finish line in the center of Zlatibor city, on the main square.

Manuel was excited about the win, especially because this was his comeback after an injury and the first race in this year's edition of the championship.

"I feel so good, and I can't believe I won. I came to this race with no expectations, and I have really been so blessed. I wasn't really sure if I could go over three days with the fitness, but I did. The race was awesome, and I really enjoyed it, so big congrats to the organization. The organization, from timing, tracks, and briefing, everything is on point. That is definitely worth the world championship. I couldn't believe how slippery the rocks were, but I really enjoyed the uphills and some zig-zags, and the scenery was unbelievable. We rode through some cool areas. I am expecting to come back next year." 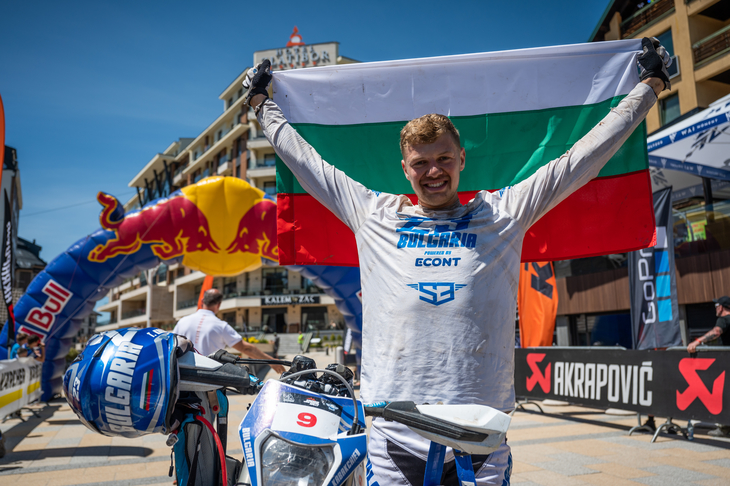 The podium place was also a big deal for Teodor Kabakchiev, a sort of a local hero, because Bulgaria, his home country, is the neighbor of Serbia. It was Teo's best performance in the world championship so far.

"I enjoyed the race a lot, and I was looking forward to it because I like Romaniacs, and I knew that this was going to be a similar one. We can say that it was a proper extreme enduro, especially on day 2. It got our energy level really low. I am happy, I battled a lot, and I am thankful to all Bulgarians and ECONT for supporting me. This is an important step for us, and I am happy that I can deliver this progress to them." 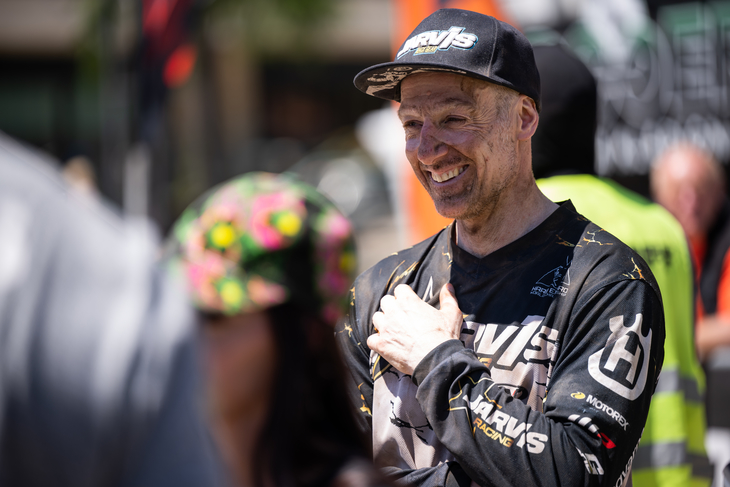 Graham Jarvis 3rd at the Xross, and 1st in overall championship rankings / Photo by Zoran Jesic

The man, the legend - Graham Jarvis, took the 3rd spot on the podium, announcing to these young guys that he doesn't plan to retire any time soon. As a matter of fact, Graham is currently the leading rider in the World Championship ranking. He, as well as other riders, were very impressed with the event in Serbia.

"Yeaaah, this is a good result for me. I am on the podium again and leading the championship. I really enjoyed the severity, and the landscape out here is perfect. Lots of loose rocks, slippery rocks, three days of riding, it was really physical, so everybody was tired. You know I am getting old, but I think the young guys were tired as well. This is one of the best races we've ever done. Hope to come back next year. The organization did the perfect job, and the race has a good future."